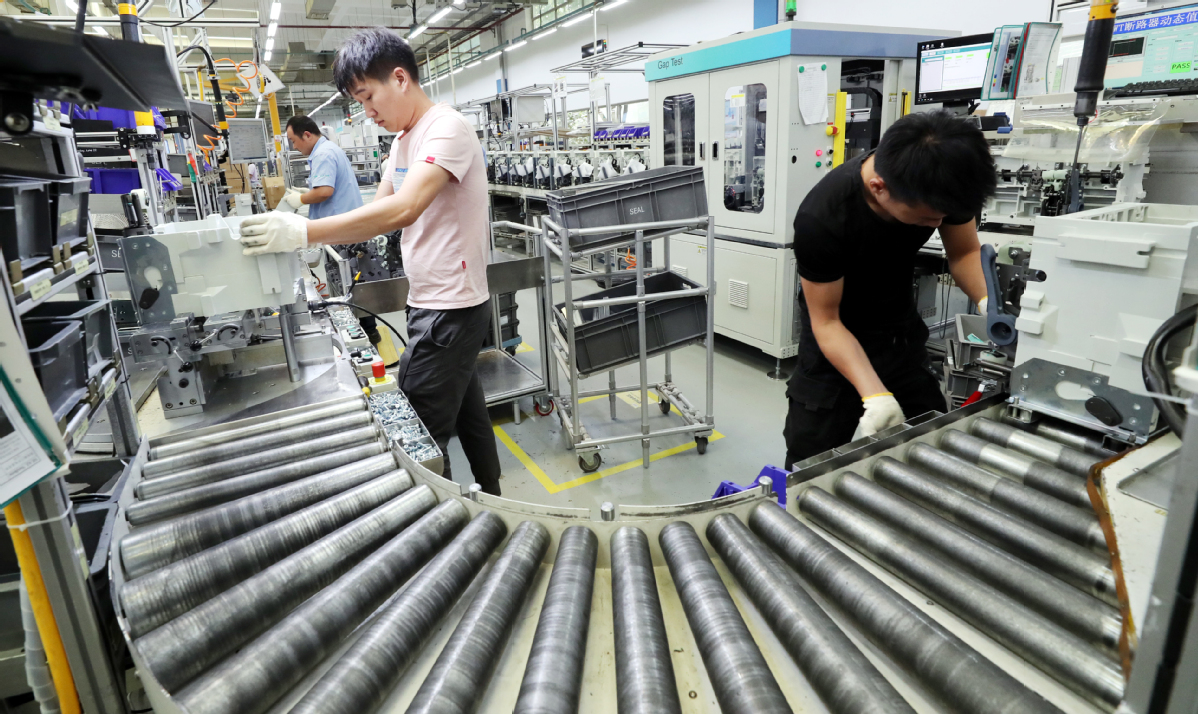 With draft version of catalog, scope for foreign investment broadened

China is studying and revising the catalog of industries in which foreign investment is encouraged and therefore offering more business opportunities for global stakeholders to participate in China's high-quality development, officials and experts said on Tuesday.

The country is enlarging the scope for foreign investment with a draft version of the catalog of industries in which such investment is encouraged－a key step in its attempts to open up wider, according to the country's top economic regulator.

Meng Wei, a spokeswoman for the National Development and Reform Commission, said at a news conference on Tuesday that the revised catalog aims in particular to attract foreign investment in key sectors including manufacturing and in certain areas such as central and western regions as well as the northeast.

Citing the 26.1 percent year-on-year growth of China's actual use of foreign capital during the January-April period, Meng said the figure fully demonstrates that China is still attractive to foreign investors with its complete industrial system, good infrastructure and its ultra-large market, and it also showcases foreign enterprises' confidence in China's economy.

Commenting on discussions that some foreign companies are facing difficulties and problems such as disruptions to logistics and unclear expectations, she said the NDRC and relevant departments have taken solid steps to help foreign enterprises resume work and production.

"With effective control of the pandemic and gradual restoration of stability in industrial and supply chains, we believe foreign companies will reap benefits from engagement in building China's new development pattern."

Foreign Ministry spokesman Wang Wenbin also said at a news conference on Tuesday that China will simplify procedures for foreign investors to invest in the domestic market.

Wang said the country will continue to firmly promote reform and opening-up in the financial market, improve the business environment and extend trading hours of the interbank foreign exchange market.

Sang Baichuan, dean of the Institute of International Economy at the University of International Business and Economics, said more efforts should also be made to further open up the services sector to the outside world, take a more proactive approach to align with high-standard international economic and trade rules and further improve the business environment for foreign investors.

Warning of increasing pressure amid the resurgence of domestic COVID-19 cases and changes in the external environment, Sang said China needs to ramp up efforts to stabilize the overall economy and increase support for hard-hit sectors and enterprises. Its stable economic operation will contribute to the steady recovery of the world economy, Sang said.

Upon better control of the pandemic and stronger and frontloaded policy support, Meng from the NDRC said China's economy will return to normalcy and will be back on track soon.

In the next step, the NDRC will implement existing policies in the first half as well as consider new incremental policies to prop up growth.

More efforts will also be made to step up macroeconomic policy adjustments, fully boost domestic demand, expand effective investment, implement the construction of key projects and speed up the resumption of work and production, Meng said.

Considering the strong resiliency of the economy, China's large domestic market, ample policy tools and sufficient supplies of industrial and agricultural products and services, Meng said China has the conditions, capabilities and confidence to keep prices stable this year.

Yue Xiangyu, an analyst at the Shanghai University of Finance and Economics' Institute for the Development of Chinese Economic Thought, said China's economy may rebound in the third quarter after weakening economic activity in the second quarter, with the help of stronger fiscal and monetary policy support and better containment of the pandemic.